The word “protein” comes from the Greek word “proteios”, meaning “primary”. The term was coined by scientists in the 19th century to reinforce the significant role that protein plays in our lives. Our bodies demand protein for the maintenance of cells for skin, muscle, and other materials holding us together. Protein is built out of amino acids that contribute to the regulation of metabolism, cell function and repair, and a couple of other functions. Some of the amino acids that we need to complete these functions are produced entirely by our body, and some are supplemented by diet. Recently, scientists began asking how much protein could be expected for healthy people to consume, and does it matter when they eat that protein during the day?


A 2008 study published in the American Journal of Clinical Nutrition suggested that the minimal amount of daily protein in adults should be between 10-15% of daily intake. This study helped launch further investigations into what the optimal daily amount of protein should be, dividing their studies into age groups and times of day to minimize body fat gain and improve satiety. Apparently, the 2008 study left everyone gaining body fat and still hungry, like a poor restaurant experience! And nobody wants to eat again after you just went out to eat.


Dr. Heather Leidy of the university of Missouri conducted a 12 week study two years ago using the average meal protein intake from this 2008 study, which found that Americans were eating between 10-15 grams at breakfast, and compared it to what she knew that proteins could do at a higher volume (35 grams of protein) : provide more fuel for muscles and increase satiety. In comparing the “average” breakfast to her improved high volume, her study got amazing results for the big breakfast eaters: no body fat gain, increase in lean muscle, and consuming 400 fewer calories per day when compared to the “average” breakfast eaters. So there you have it: big breakfast equals weight management! This was a major breakthrough in what is called “macronutrient timing”, which means that: the time of day when you eat one of the three primary nutrients of either protein, fat, or carbohydrate contributes to how your metabolism responds in the succeeding hours of the day. In our case, eating protein earlier in the day had many significant positive metabolic responses!


Further studies found that meals containing 30 plus grams of protein were especially significant in groups that experience muscle loss. Age groups above 30 years of age were the most positively impacted with the increased protein in their meals. Seniors above age 60 were especially showing improvement in overall movement and muscle tone by eating more protein, more often.


The meal plan I'm recommending here based on these studies could be called the “Three fists -fulls” diet because the amount of meat, fish, or some dairy can accumulate 30 plus grams of protein in food the size of your fist  (about 3-4 ounces). Suggestions for maintaining this high protein diet would be getting, for example, a cup of whole fat yogurt for breakfast, a full can worth of tuna for lunch, and a chicken breast for dinner. Each meal should be supplemented with an equal amount of whole grains and a double helping of fruits and/or vegetables. For recipe ideas, visit my blog justinwalls.blogspot.com and search “protein” in the search bar. For a meal plan matrix, send an email to Justin@rockvillepersonaltraining.com with the subject “protein diet meal guide” to receive a pdf of daily meal ideas for breakfast, lunch and dinner meeting the “Three fist-fulls” recommendation. 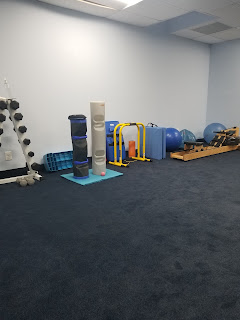 What We Do Here

About Our Facility We have a spacious fitness studio to accommodate our client's varied fitness needs.  We work with all kinds of clients. Fitness is a science of human movement and we can break it all down to foundational movements to improve walking, running, playing sports, or just staying healthy. All of our programs include a total body analysis, meal planning and accountability chart.    Wide Variety of Equipment Each person has a unique set of goals for their fitness, and we build the program that is right for you. We have more than just barbells and weight machines. Our equipment recognizes that the body moves in different ways for the many way in which you move. We also accommodate our workout programs for any chronic injuries or discomfort. Our goal is to help you maintain a fitness program that keeps your body in balance, feeling good and energized! Using The Latest Technology to Design Our Programs We use a full body analyzer to tell us the whole story of 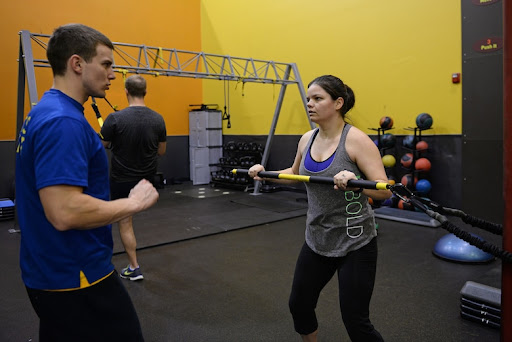 When to Hire a Personal Trainer

Exercise Is One Part Science Anywhere I go, I usually get asked about "what's the best exercise for [insert body part or medical issue]?" I have a standard response for this: "well, is there any issue associated with [said part]?" No, it's not fair to answer a question with a follow-up question, but exercise should be based on data. If you are just looking for exercises, then a Google or YouTube search will turn up plenty of options. The question we should be asking first is, "what is the best exercise or are the best exercises for me?"  Exercise is one part science. Too often, it focuses on aesthetics and this is unfortunate because how you look doesn't always tell us the whole story. "Being thin" doesn't always equal healthy, especially if there are underlying issues being ignored because right now you look just fine. You Can Just Start Exercising on Your Own Exercise is a broad enough term that you can start w 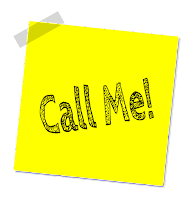 5 Steps To Losing Weight Over Age 50

Data Shows This Combination Works Best Small Changes Go A Long Way You've Probably Read  quite a few articles (like this or this ) about how to lose weight, and nothing seems to be working. I can suggest a reason why: it's because the suggestions are not part of a plan. Weight gain functions like a disease , and was declared to be one by the American Medical Assoc. (AMA) in 2013. This led to a prevention and care program titled "Exercise is Medicine"   which seeks to create proper exercise programming for each type of person. Medications are personalized, so should exercise be tailored to each person. Here's 5 great ways to get started on your own: Start With Getting Good Sleep On A Good Mattress - a older or worn mattresses can contribute to increased stress and low back pain all day long. Studies have shown that mattresses older than 9 years are most likely to contribute to these increases, so find a reasonably priced mattress that you enjoy to